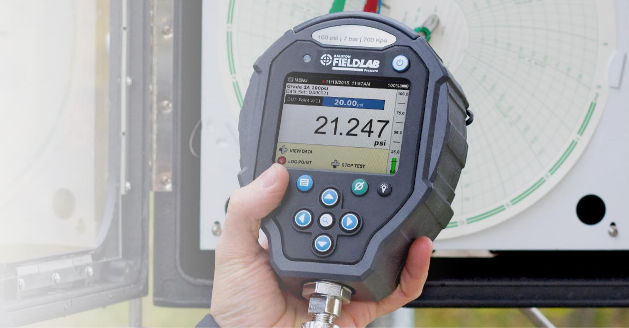 Ralston Instruments was founded in 1969. Its creation was a direct response to the demand for an accurate and convenient method of calibrating pressure. The company had its first success with the development of the hand held pneumatic pump in 1969. Later, in 1970, the first hydraulic hand pump was created. Since then, Ralston Instruments has continued to create user-friendly, secure, and time-saving products. The company is known for its hand pumps, adapters, compressed gas control devices, hoses, and complete calibration kits—all of which are made in the USA.

Ralston Instruments had industrial designers and electrical engineers at its disposal; however, what the company lacked in house—materials science expertise—it sought out in NLS. We were approached by Griffin Ralston of Ralston Instruments to help integrate specific ideas and technology into one small package, while still meeting all of the rigorous regulatory standards. We agreed to develop the product, design it, and simulate testing of a digital prototype, as well as a 3D model, to ensure the product’s complete success.

We were tasked to make the outer casing as small as possible, all while being intrinsically safe. The spacing had to be perfect. We started by putting all of the industrial design and electrical components together to come up with a rough design. A lot of work went into the sealing of the different components that make up the gauge. Because we needed the gauge to be rated IP67, we had to design 6 different seals— some of which were tapered—composed of O-rings and metal filings. Additionally, we had to redesign how the screen would be layered and sealed. When sourcing keypad vendors, we also created an extremely detailed keypad layer drawing, more detailed than construction drawings, with 8 layers, dimensions, lip heights, thickness, and symbols.

The components of the pressure gauge included a LCD screen, a main circuit board to control the device, a power board to provide power, a USB board to allow for communication, and a Wi-Fi chip to enable the device to wirelessly connect with other devices. The circuit board went through 4-5 major redesigns, and nearly 20 minor ones. In addition to the sizing and spatial issues, the EMI shielding requirement was of extreme importance. To satisfy the requirement, we developed a coating process to coat the entire inside of the product in aluminum to prevent any outside interference. 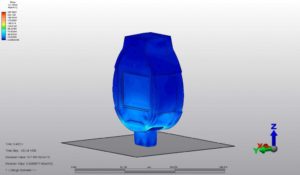 We created a digital prototype, which allowed us to simulate dropping the device from 3 feet onto a concrete floor. When it failed, we knew that we had to make a drastic change. As a result, the NLS team worked with a plastic supplier to develop new type of plastic—a carbon fiber nylon material—which is used for the main body of the device. The carbon fiber impregnated nylon is stronger than some aluminum and has incredible strength numbers. We had to develop two different caps. One was a smooth body, and the other was raised to accommodate for the Wi-Fi chip and antenna.

Each time we simulated the drop test, we purposely dropped it on the Wi-Fi chip to ensure that it wouldn’t be crushed in reality, and we came to realize that an air gap was necessary between the Wi-Fi chip and the cap. Both the body plastic and the cap (rubberized plastic) had to have enough carbon in them to dissipate the static. However, the carbon fiber material wouldn’t allow the Wi-Fi signal to leave the device. We quickly came up with a solution that involved creating a carbon powder composite material to allow the signal to get out. We had to ensure that exact calculations were made, with respect to the mounting bosses and inserts, to make sure that there was enough holding power, and the two halves of the gauge would seal together properly.

The pressure gauge is an intrinsically safe device. We needed to ensure that the outside surface of the gauge had a minimum conductivity sensor so that static would dissipate from the surface. The plastic had to be conductive enough to not be static, strong enough to not break when dropped on the ground from a height of three feet, and be guarded against 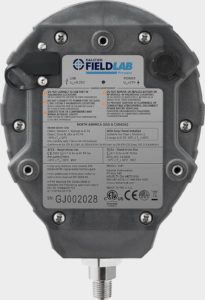 electromagnetic interference. The initial testing was done with conductive paints on the interior, but we ended up having to aluminum plate the inside to have success in the RF chamber on our 3D printed prototypes. Testing led to the redesign of the screen, which included a metal foil, and later, a metal shield. The gauge was subjected to a long list of different frequencies and wavelengths whilst requiring that the read stay steady.