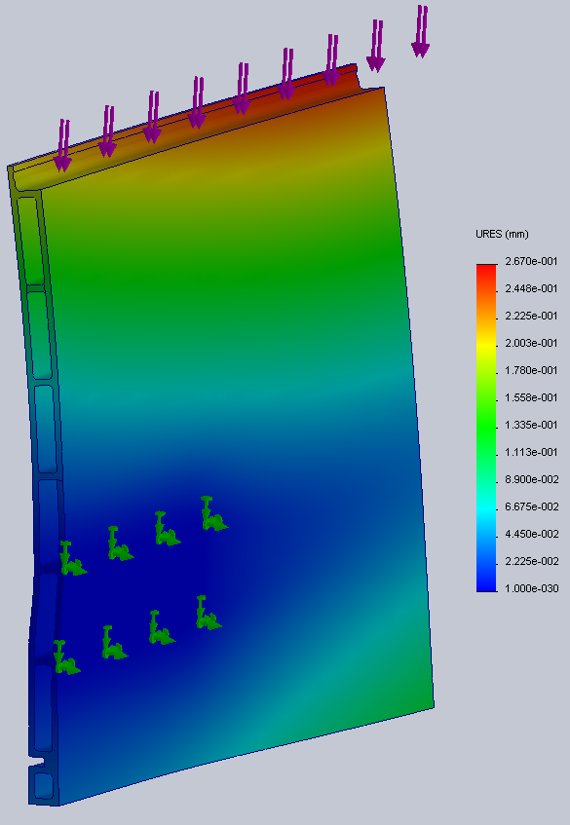 Here at Northern Lights Solutions, we use Finite Element Analysis (FEA) nearly every day to develop better products faster.  We hardly take a moment to think about the history of FEA and how it became such a vital tool to today’s engineers so we decided to do a little homework and here is what we found.

FEA was developed in the 1950 in the Aerospace Industry by Boeing and Bell Aerospace in the US and Rolls Royce in the UK.  One of the first papers to lay out the method was published by M.J. Turner, R.W. Clough, H.C. Martin and L.J. Top in 1956.  One of the authors of this first paper was Ray Clough who was a Professor at Berkeley.  He was working at Boeing as a summer job and he wrote a second paper that first used the term “finite elements”.  Berkley quickly became a center of FEA research and a lot of the early development in FEA took place at Berkeley.

A professor at Berkeley, E. Wilson, developed one of the first FEA programs and it became very popular in the 1960’s since it was a freeware program.  This software was used by numerous universities and continued to be developed for several years.

In 1965, NASA funded a project lead by Dick MacNeal to develop a more capable FEA software program and this became the program NASTRAN.  This program cost $3,000,000 to develop which is close to $30,000,000 in today’s dollars.  This program initially launched as freeware but was soon commercialized and released as a for profit company, MacNeal-Schwendler.

Another popular program, LS-DYNA, was developed by John Hallquist while he was at Livermore National Laboratory.  In 1989, the program was commercialized  as Livermore Software and Technology.  LS-DYNA is very popular for crashworthiness, sheet metal forming and prototype simulations.

HKS was founded in 1978 and went on to develop ABAQUS.  ABAQUS became very popular in the research community because HKS allowed users to develop new material models and elements.

Hopefully, we can continue to honor the pioneers of the FEA industry by using the tools they developed to design better products that make life a better place to be.