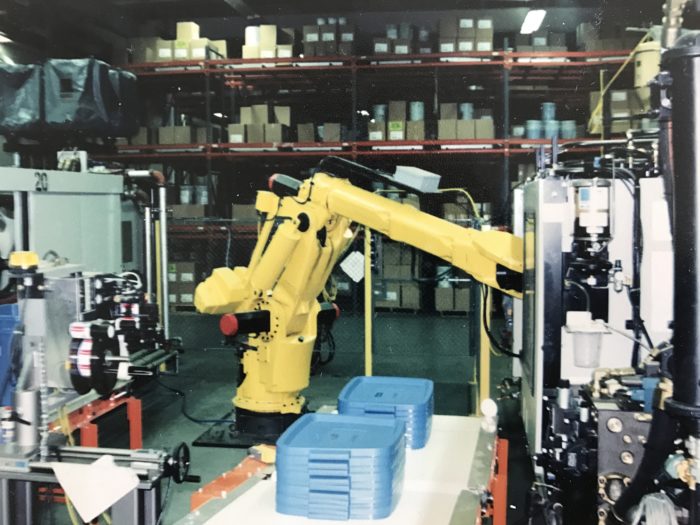 I saw a lot of excitement over a new article from MIT professors Daron Acemoglu and Pascual Restrepo about robots stealing jobs and decided to download the original article and evaluate it for myself.  I found the actual paper scarier than just the headline being published by news sites.

The science is based on robot usage from 1990 to 2007 on US local labor merchants.  They developed a model in which robots compete against human labor in the production for different tasks.  They looked at how robots had penetrated different industries and how employment and wages changed using these examples.  They then estimated how additional robots would affect industries, their jobs and wages moving forward.

This was predicted in the 1930’s by British economist John Maynard Keynes who coined the term, “technological unemployment.”  In the 1950’s economist Wassily Leontief predicted that a time will come when industries will not be able to employ everyone who wants a job.  Several different organizations have looked at occupations and employment that can be replaced by automation and concluded that about 702 different occupations and between 47% and 57% of US workers are at risk of automation over the next two decades.  No occupation will be immune to robotics but some, like routine manual, blue color, and assembly jobs, will obviously be impacted more than others.

The current situation is pretty interesting.  The International Federation of Robotics estimates that there are between 1.5 and 1.7 million industrial robots in the use now.  That number is expected to increase to 4 to 6 million by 2025. Penetration by industry varies from a high of 39% of all robots, followed by the electronics industry with 19%, metal at 9% and plastics and chemicals also at 9%. 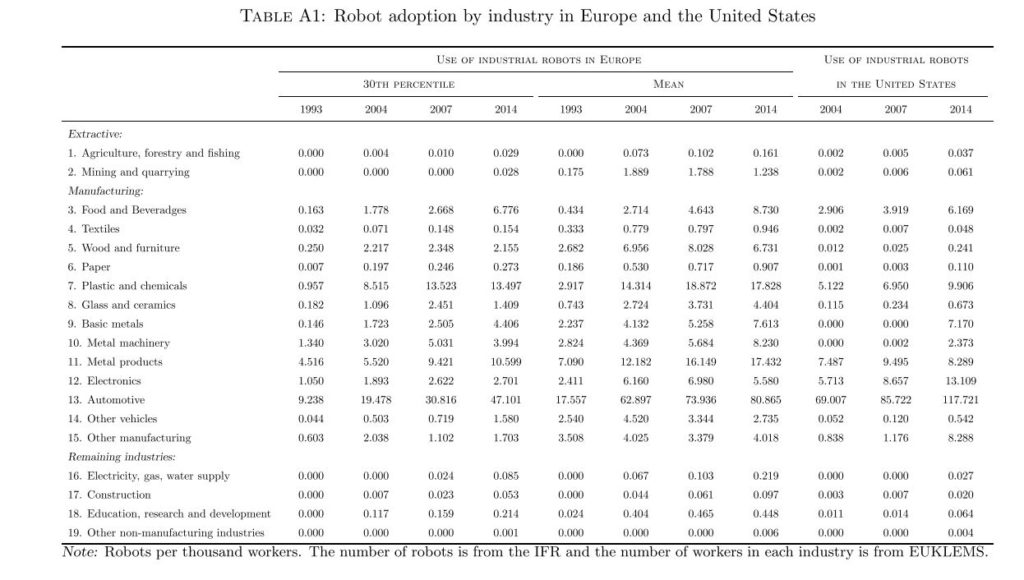 The model that was developed shows the impact robots will have in the industry and how it will affect the worker’s employment and wages.  It includes the displacement effect, where robots replace workers and the productivity effect, where the robots work faster and with better quality than the human worker.  All categories of workers will be affected by robotics but as can be seen from Figure 12 the less education a worker has the more jobs and wages will be affected by robots. 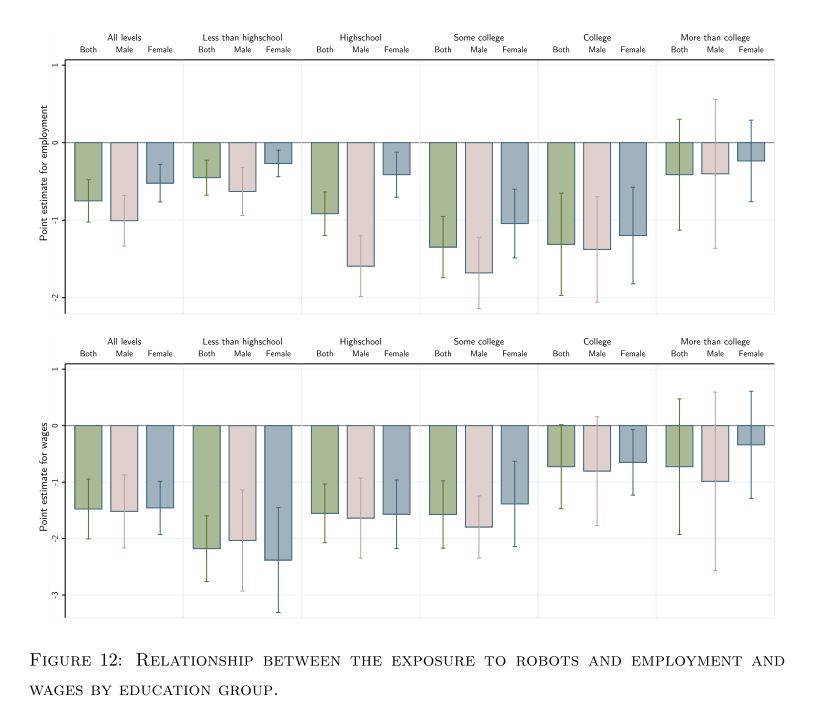 The affect of robotics will not be experienced equitably across the United States.  The manufacturing centers of the midwest that have been hit hard by offshoring will once again see the largest changes in jobs and wages due to robotics. 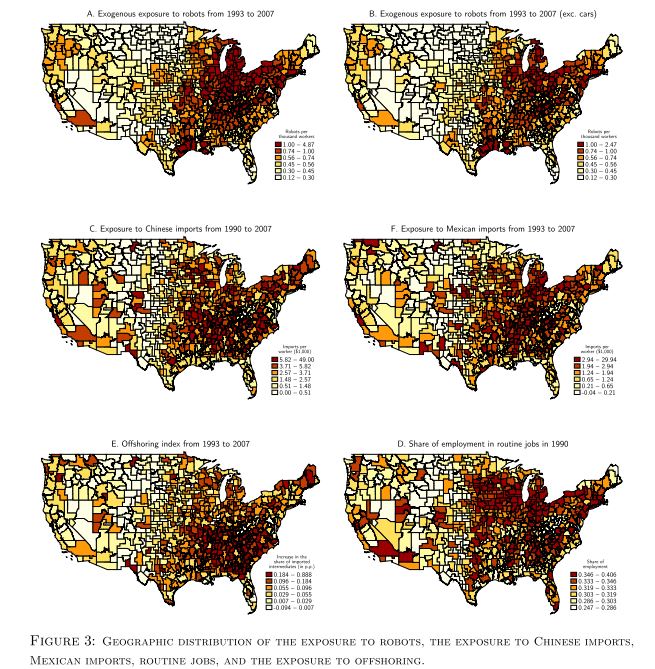 With relatively few robots in the US economy at this point, the number of jobs lost due to robots ranges between 360,000 and 670,000. Moving forward we expect the number of robots to quadruple by 2025.  This would mean a drop of between 1 and 1.8 percent in employment and a drop in wages between .75 and 1.5.  This means 22 million US jobs could be replaced with robots between now and 2025.  The US worker has had to deal with offshoring to Mexico and China and now he faces the new challenges of robots being integrated into operations.  How will the labor market and the US worker deal with these new changes.