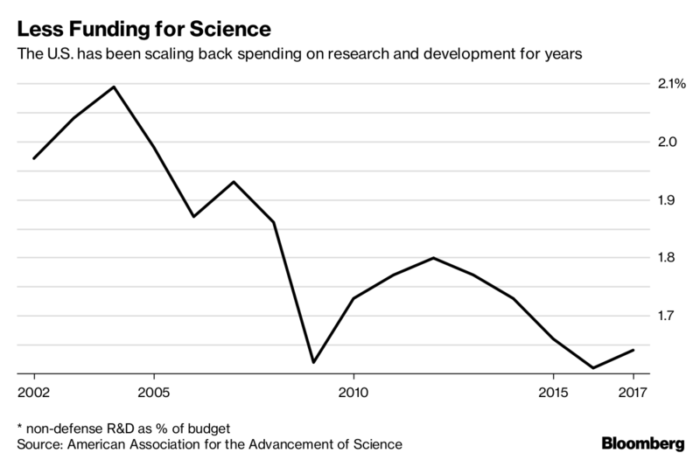 The United States is a leader in technological innovation and no country in the world has been able to create tech companies that can compete with the scale and pace of innovation of the United States. This position has been built on a foundation of investment in fundamental research and development. An investment that has been falling since 2003.
As well being a member of the Northern Lights Solutions team, I am a researcher at the University of South Florida. As part of the research community I can see the funding for new scientific research is becoming ever more difficult to secure.  Research positions fund new scientist education and without funding, there will be fewer new scientist educated at universities which will lead to less research.  This is a self defeating downward spiral where less funding leads to less researchers which leads to less innovation.
Current lawmakers have rejected further cuts to the nations research budget which is a good start.  Let’s support increasing the budget from its current level of 0.4% of GDP back to 1970’s levels of spending of 0.6% of GDP.